More than two-thirds of the scheduled summer work on the Penticton Creek restoration project above Nanaimo Avenue has been completed, with the remainder of in-creek work now set for next year’s fish window.

“The project was intended to start mid-July but high creek flows together with heavy rainfall in early July prevented the clearing of fish from the work area and delayed the start of the in-creek work,” says Ian Chapman, the project manager for the City of Penticton. “Federal regulations to protect fish and habitat only provides a small window to complete the work and that means restoration of the second section above the pedestrian bridge will now be delayed until the fisheries window in July/August next year.”

However, Chapman notes that doesn’t mean all work will stop on the project.

“Work will continue outside the creek, around  the access points on Nanaimo Avenue, Braid Street, Abbott Street, including the intersection upgrade of Ellis St and Westminster Avenue East,” he says. “As well, new trees and other planting material will be installed along the sides of the creek in the top soiled areas.”

Creek flow is being restored in the new channel and the removal of the current diversion pipe and dam is underway in readiness for the Kokanee and Rainbow Trout to spawn.

Improvements to the walkway are also coming along, as the existing creek side walkway will be widened to match the walkway to the north (downstream) and planning for the possibility of new low level LED lighting designed to illuminate the walkway for pedestrian safety without light spillover to adjacent areas will be undertaken.

This segment of the project was approximately four times larger than previous segments with a smaller timeframe to complete. 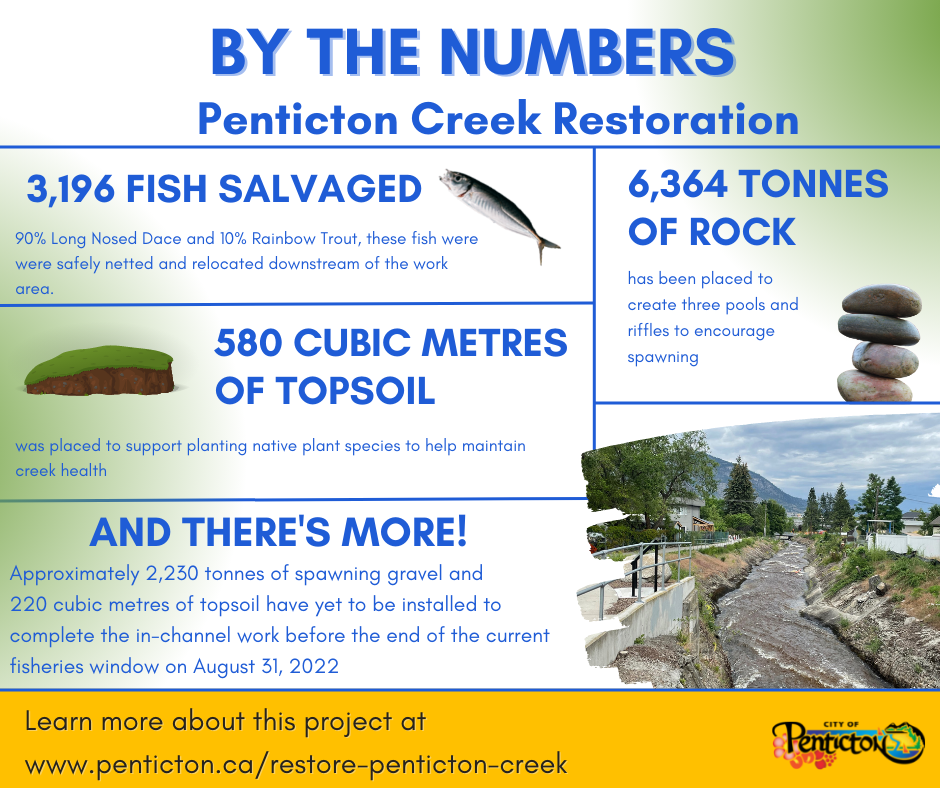