Kids can ride through their own mini city at Safety Village

For kids, riding bikes on the streets is the ultimate freedom. And where better to set them loose on two wheels than at Penticton Safety Village, where youngsters rule the roads?

It's built like a child-sized village, complete with paved roads and themed buildings, where kids can zoom around in a safe environment, free of any motorized vehicles. Kids love the overhead traffic light system, much like the real world just outside the gates. And did we mention it’s free to visit? 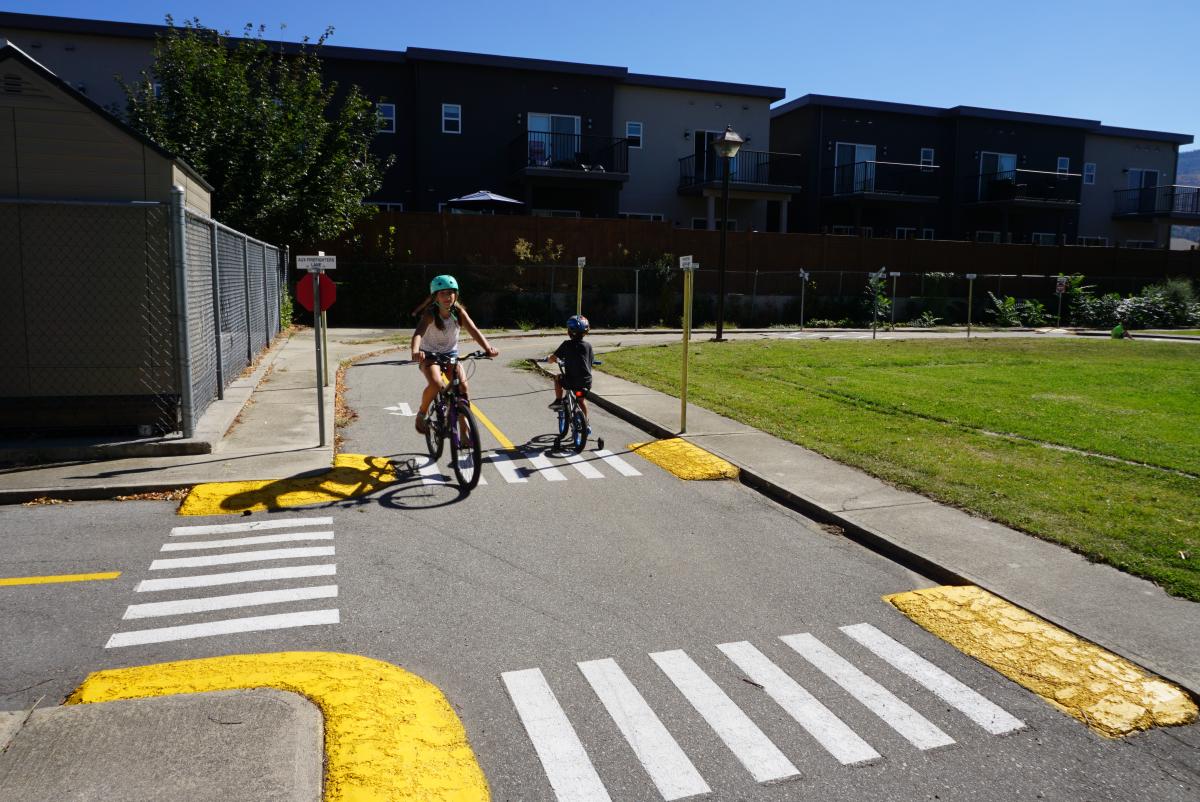 “The Safety Village is such a microcosm of Penticton,” says manager Tina Lee. “It’s been going for almost 40 years and we hope to do it for another 40. Parents and grandparents remember taking their kids here. Generationally, it’s been a favourite for a very long time.”

Open Bike Days throughout June are being held Tuesdays to Thursdays from 1:30-4:30 p.m. and Wednesdays from 4-7 p.m. Simply drop by with your kids, their bikes and helmets. They also offer the ability to rent out the entire place for a birthday party or special event. Watch their Facebook page for the summer hours! Penticton Safety Village is at 490 Edmonton Avenue. 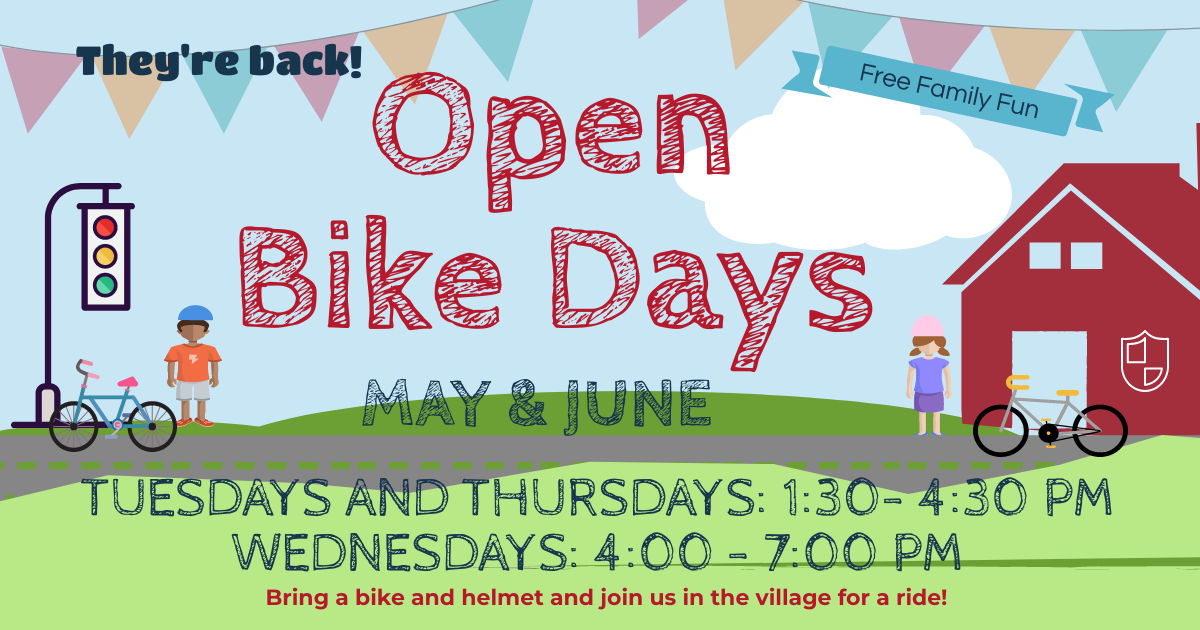 The facility is run by a team of volunteers and funding is reliant on government grants and event bookings. Penticton Safety Village is also grateful for receiving cash donations and volunteer support from the Kiwanis Club. 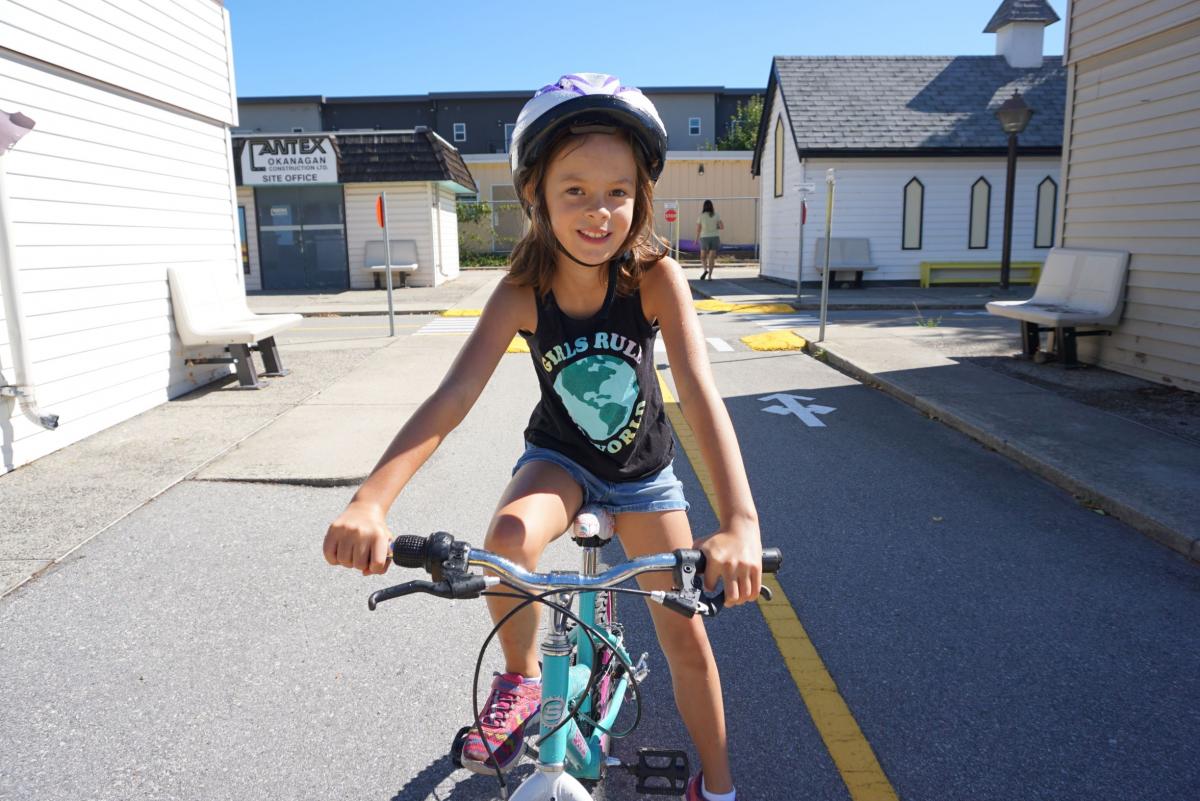 “Safety Village is the funnest park ever ‘cos they have a sprinkler for a car wash, a parking lot for bikes and there’s [traffic] lights like in the real world.” – Amalie, 8

“I like it because of the special cool [traffic] lights they have… It feels like one of the best towns because there’s no cars – just scooters and bikes.” – Elise, 8

“I like the stop lights, the roads and the car wash. It’s like a real road and you can pretend you’re a car.” – Tessa, 10 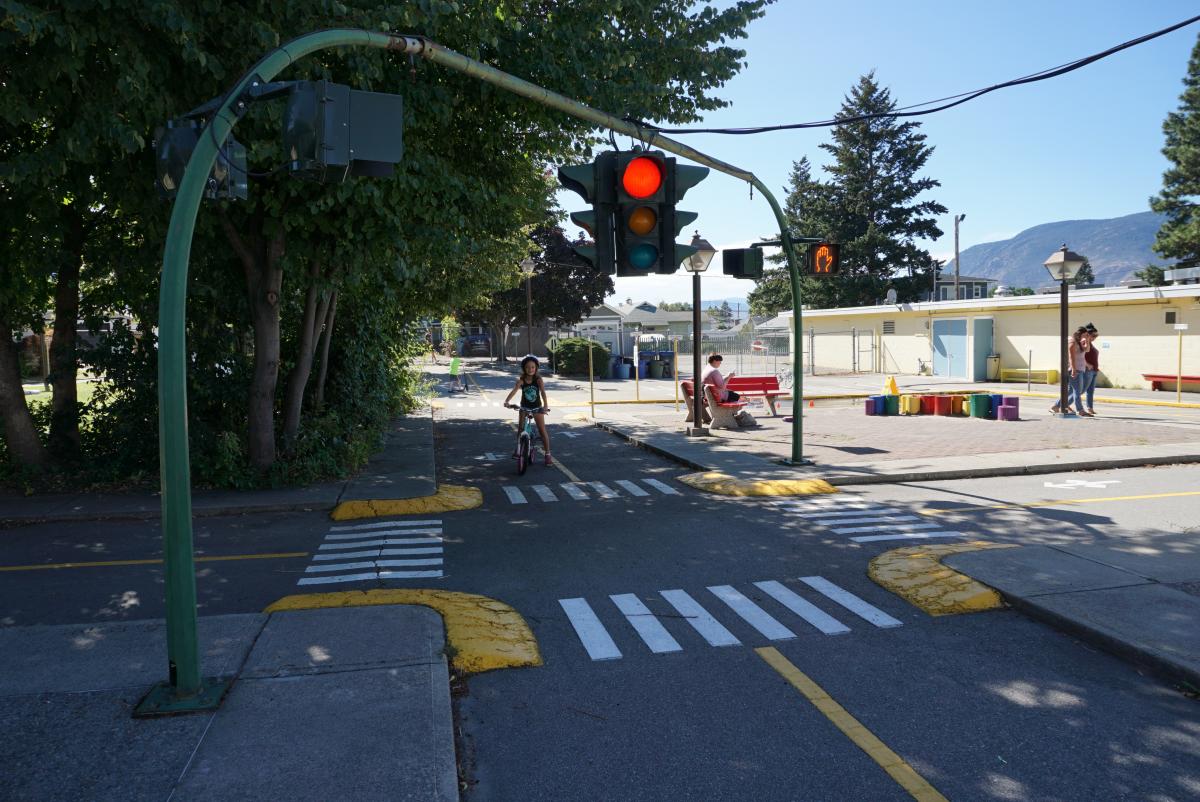