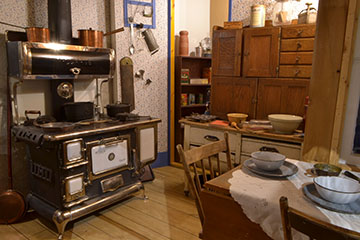 As you enter the museum, you are welcome to immerse yourself in the history and culture of Penticton and the South Okanagan through fascinating exhibits and interactive learning spaces. The Penticton Museum & Archives also offers temporary exhibits, so check back often to see what's new!

Covid-19 Protocols at the Museum

The Penticton Museum is excited to welcome visitors back!

To ensure visitors, volunteers and staff have a safe and enjoyable experience, museum staff have developed a comprehensive plan to address and reduce the spread of Covid-19.