Get your tickets! Live theatre performances return to Penticton

The stage spotlights will soon be shining bright in Penticton once again. Ticket sales for our independent theatres are back on, actors are rehearsing their lines, and our community of creative theatre brains have been working behind the scenes to cook up some amazing performances.

What a long stretch it has been! The pandemic shuttered independent theatres for more than a year, leaving performers waiting for brighter times.

Well, that time has come. Get your tickets, show your support and get ready to be entertained. Here are some upcoming highlights.

Tempest is relaunching with an original production called What.A.Mess. Opening on Tuesday, Aug. 17 and running for five nights, the script is inspired by the ancient Greek classics which are remixed into a modern context. The play has been written by the Company and is co-directed by Kate Twa, Denise Kenney and Edward Foy.

The multi-talented cast of professionals hail from Montreal (Miriam Cummings), Vancouver (Edward Foy), and across the Okanagan (Chantal Ethier, Denise Kenney and Lucas Penner), with an impressive combined range of stage and screen credits.

Tempest has also been busily upgrading their facility, giving it a fresh paint job and new outdoor patio space, with further upgrades to come later in the year.

Tickets for What.A.Mess. are $25 or $20 for Tempest Patreon members and limited seating is available for each night. 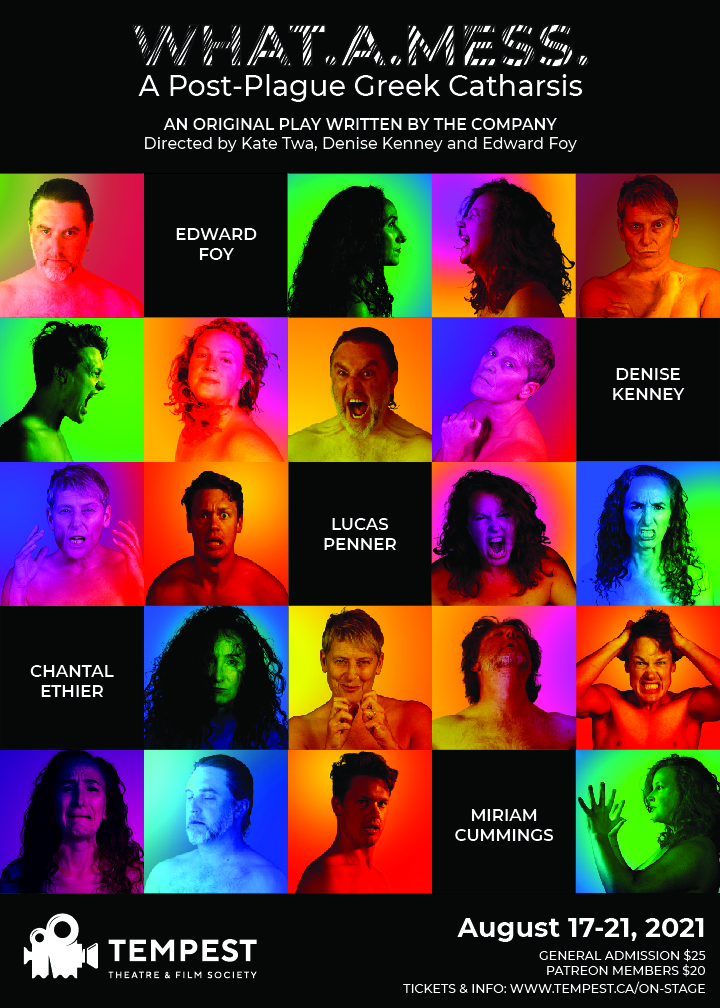 Here’s the lowdown. It’s an exciting September day in 1956 for Hilda (Jane Pilkey) and Sam Fluck (Vance Potter), who are newly on their own since their thirtysomething children Gary (Andrew Knudsen) and Janey (Dianna Zumpano) have moved out. They are finally ready to relax.

Hilda plans to finish the laundry while Sam goes to buy a shiny new television. What could disturb their simple peace?

Turns out doors are merely decoration as Gary and Janey fall into the backyard, looking for help out of sticky situations.

Gary has lost his job, and is enamoured with his new girlfriend, Bobbi (Megan Kimberley), and running from a bookie named Beverly (Rob McCaffery).The family careens into an afternoon of calamity, providing some laughs and hilarity.

Tickets for Hilda's Yard are $28 for adults and $25 for students and seniors. 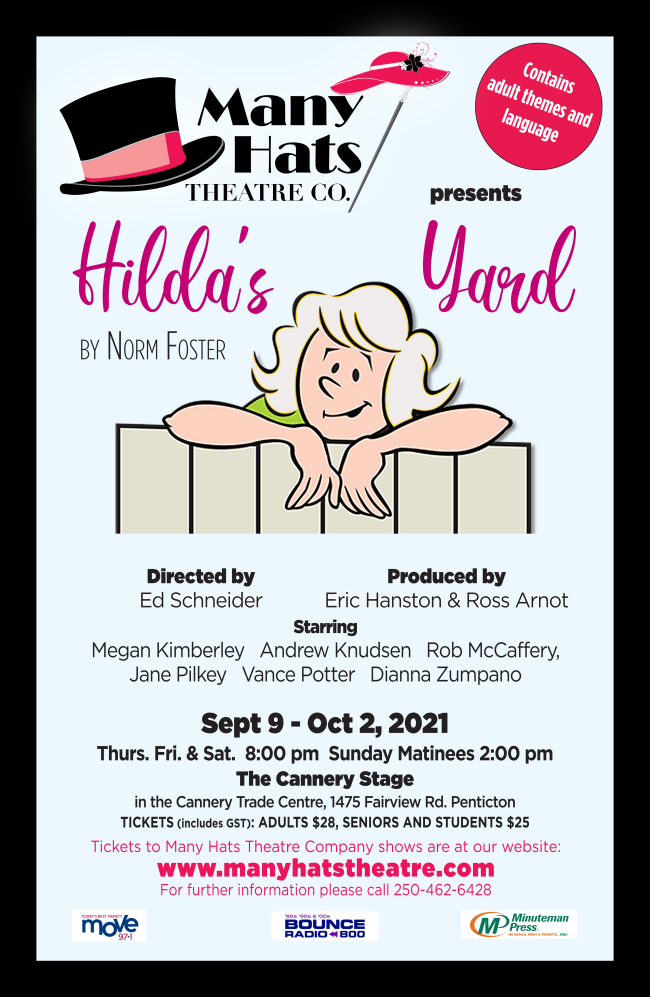