A renowned Vancouver-based casting director has been raving about Penticton after recently hosting two sold-out acting/auditioning workshops at Tempest Theatre.

Judy K. Lee paid a visit to Penticton in November to host the classes, one of which catered to 15 youth and the second to 16 adults. Both sold out within days, racking up long waiting lists to glean tips from Lee, who has cast more than 160 projects spanning television series, movie of the week productions and feature films.

While Lee anticipated spending a weekend in the city, the devastating floods that wiped out sections of interior B.C. highways left her stranded in the Interior for a week. After returning home, she passed on a message of thanks through Tempest Theatre to the participants, pointing out the young talent in particular.

“I just wanted to convey my deepest thanks, admiration and respect to all of the workshop participants... I was truly impressed by the commitment and preparation that I saw in your scenes,” she wrote. “It is rare for me to see the passion, enthusiasm and bravery in your young age at such a high level. I went there to teach a workshop but I learned so much from you.”

“You probably don't know this but after my weekend in Penticton, I was unable to get home for a week because of the highway closures. But as far as I'm concerned, it was totally worth it all to meet you, work with you and laugh and cry with you,” she continued.

“Before my first visit to Penticton last summer, I was told that the word ‘Penticton’ means "a place to stay forever" in the Okanagan language and I cannot think of a more fitting name for this town. Not only for the beauty of the area but for the outstanding character of the people that I have met there,” added Lee. 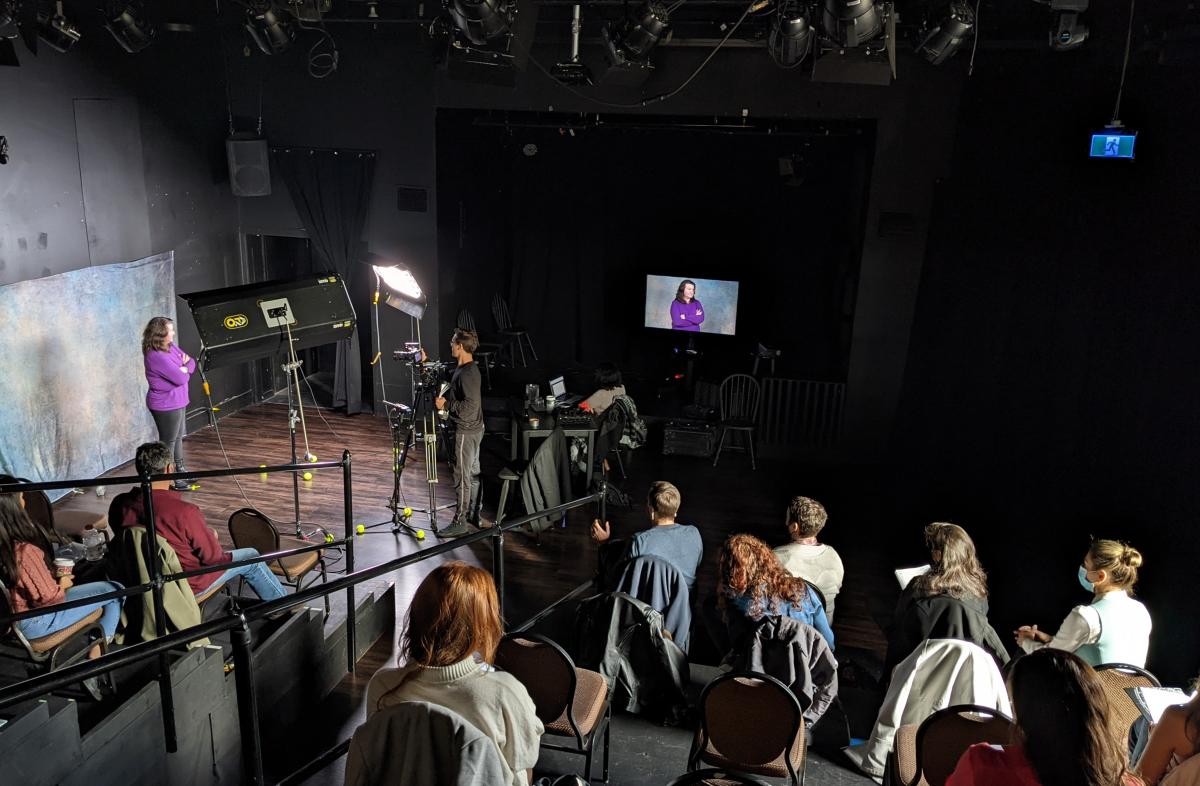 The Okanagan film industry is rapidly growing, with the Okanagan Film Commission reporting 32 productions filmed within the region in 2021. The previous year, Neill Blomkamp’s science fiction horror film, Demonic, was shot in Penticton and Naramata. This year, indie movie Invasions was filmed in and around Penticton and at the Peach at Okanagan Lake.

Penticton-filmed Drinkwater, starring Eric McCormack – in which many locals worked as background extras – recently won the Audience Award at the Whistler Film Festival.

As for Lee, she plans to return to Penticton’s Tempest Theatre in the spring for further workshops, which provide instruction for those interested in entering or developing a career on-screen – and to gain understanding of what a casting director is expecting to see during an audition. November’s workshops were offered in partnership with Community Futures Okanagan Similkameen, an organization with a long history supporting the film industry in our region.

Do you have kids who are interested in acting and theatre? Okanagan School of the Arts has two upcoming courses (running Jan. 12 to March 9) for preschoolers up to pre-teens. Visit their website to find out the details and to register. You may also want to sign up for the Tempest Theatre newsletter to find out about their upcoming workshops with Judy K. Lee.

Tempest Theatre was founded in 2018 by Kate Twa, Ronan Reinart and Andrea Agur. It was in fact, the filming of their second feature film, The Orchard, that enticed Twa and Reinart to move to the Okanagan, first buying a cottage in Naramata and then in 2018, they bought Tempest Theatre to become a theatre & film studio and training facility.

Tempest also offers a Patreon membership, which provides digital access to a collection of professionally filmed content such as interviews about the theatre and film industries, actor training, tech talks, conversations with game-changers, behind-the-scenes insights and original creative works. Some tiers also provide discounted or exclusive access to their live theatre events. Visit their website to sign up for email updates.