Vancouver prize winner tries out working life in Penticton. So, what did she think?

Earlier this year, nearly 1,000 people entered to win a contest hosted by Vancouver is Awesome to travel to Penticton to experience what life is like living and working here.

The goal? To show that Penticton is an amazing place to play – and work – year-round. And that there are opportunities here for remote workers, entrepreneurs and working professionals who seek a better work-life balance.

The prize? Three days living and working in the city, including return flights for two from Pacific Coastal Airlines between Penticton and Vancouver, a two-night stay at Penticton Lakeside Resort, $100 Downtown Dollars to spend on food or shopping, a desk at Cowork Penticton and a full day of e-bike rental from Hoodoo Adventures.

We followed Janine B. along her tour throughout the city. Here’s a Q&A with her on her final day of her visit – to see how it all went. 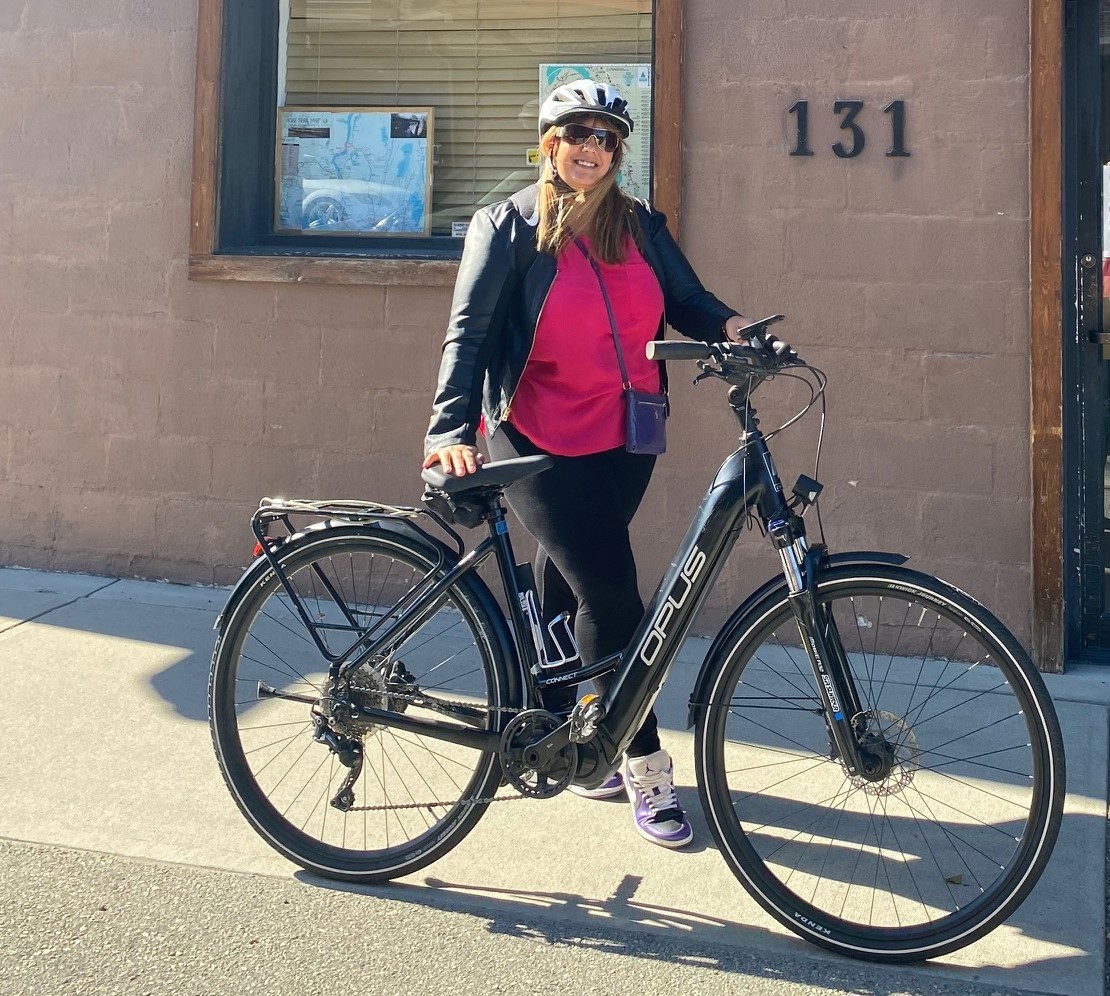 First of all, how was your flight to Penticton?

It was so quick, quicker than they said it would take, and super simple. Boarding was really easy in Vancouver, just two minutes through security. And then as you’re landing, you come in right over the lake. I said ‘bye’ to the captain, walked through the airport – and there’s the sun. I arrived to great weather.

I loved it – it’s so chill. There are so many different spots, with meeting rooms if you need it. I got the sunny spot by the window. Also, it’s so close to everything.

How was your hotel?

Oh, it’s really nice. I had a view of the marina and the bed was so comfortable. The staff was super friendly.

It’s a pretty chill vibe and everybody’s super friendly. I’ve been said ‘hi’ to more times in two days probably than in the past six months. Even two feet out of my hotel, someone said good morning.

It’s safe, it’s clean and everyone’s friendly. There’s potential to do whatever you want for work. Instead of living in Surrey and commuting to Vancouver, or picking the kids up from soccer and then driving 45 mins, how much simpler it would be here. Also, it’s central, and with the airport you can head anywhere.

What has been the most memorable moment of your visit?

All of it. For me, it’s the sun and being outside. Riding around on the lake [on the e-bike rental] was the best. Also, the people – the vibe and the sun and the nice people, just the energy here, is really nice – it’s really relaxing.

The City of Penticton, Start Here Penticton and Penticton Airport would like to once again thank each of the businesses who contributed to this prize package. For further information about any of the following, click on the links below.

Here are 12 great reasons to make the move. Also visit StartHerePenticton.com to learn more about living and working here. And don't just take it from us: Hear it from the locals who recently made the move!